Dave and Val hike the Laugavegurinn trail from Landmannalaugar to Porsmork, Iceland!

Valerie and I decided for our yearly summer expedition to hike the wilds of Iceland!  We took a special bus with large wheels that could cross rivers from Reykjavik to the central interior area called Landmannalaugar to hike the Laugavegupinn trail.

We are off! Landmannalaugar to Porsmork hike.

Val and I flew Vancouver to Reykjavik, watched the weather while collecting our remaining food and gear, and booked a bus to the start in the central Iceland interior. 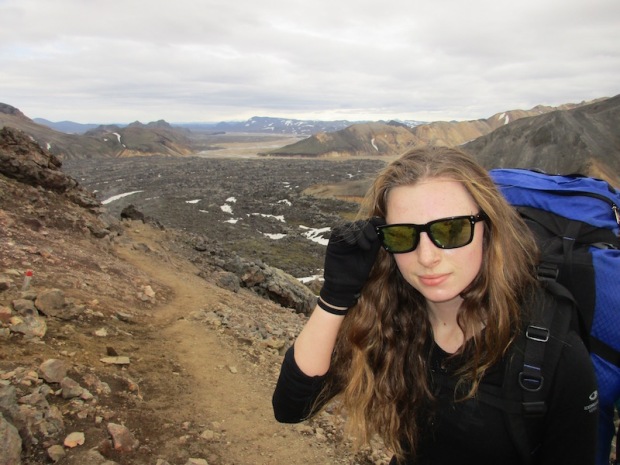 Heading up, up and up into the mountains.

After about four hours there was more snow and ice than rock.

The trail was defined with stakes with red on top, and others had left a trail through the snow.

Heading for Alftavatn lake in the distance.

Spectacular views in every direction! Cold winds in the late afternoon. 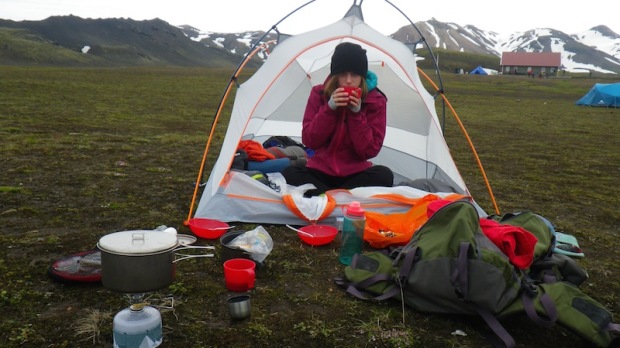 Val having a hot drink at camp.

Since the sun was  up 22 hours in early July, we hiked until 8:30 pm and covered 24 km of high mountain trails. No complaints from Val.  We had packed very light so we could move fast and pull long days. 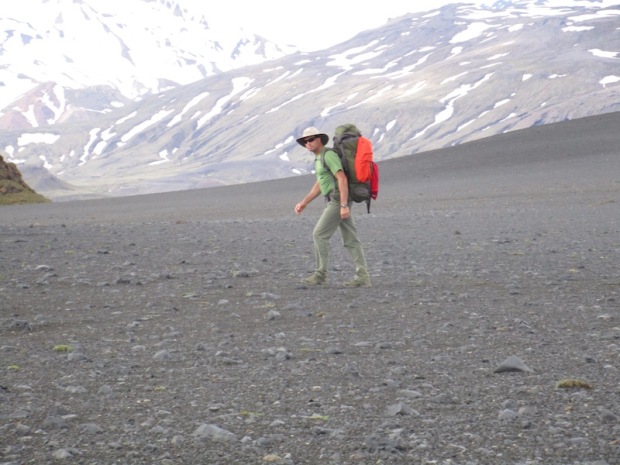 Coming down out of the snow fields. 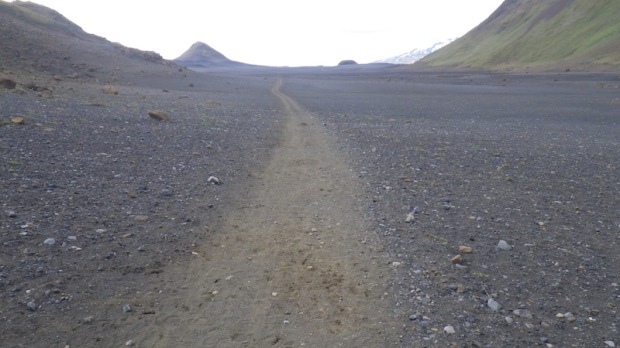 The mountains gave way to vast volcanic plains, with winds carrying black dust.  We moved fast as we didn’t want to be here if any wind storms arose. 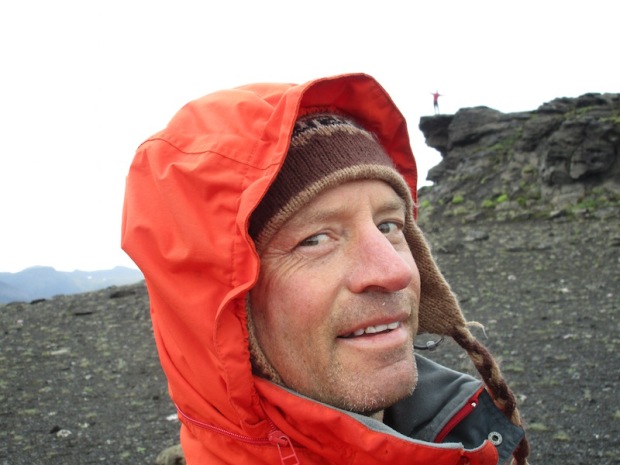 Dave selfie with Val in the distance…

Playing crib in our crib…

Cold.  We both slept with all clothes on, hat, gloves, and head under the sleeping bag.  My MEC down bag to 0 degrees C was not near enough. 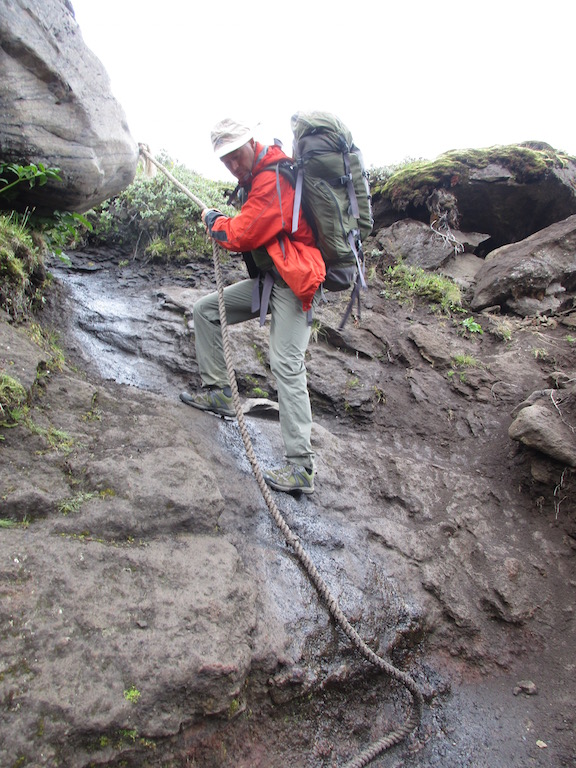 Then on to Porsmork at near sea-level for a bus ride back to Reykjavik for the best hike ever! 55 km, three days.