Run to the top of the China Creek, Port Alberni’s watershed.

Jackie raced her ultra yesterday in Patagonia and I needed a long run and the weather was awesome so I headed up the China Creek Watershed.  I parked on the Cameron Mainline at the yellow gate and started up the long hill. 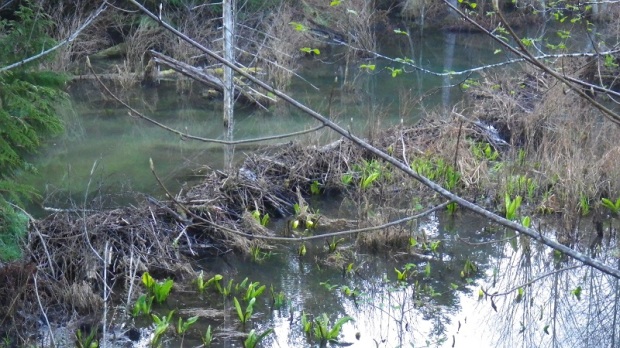 I ventured off the main road to explore a few places along the way, eventually heading up the south roads. 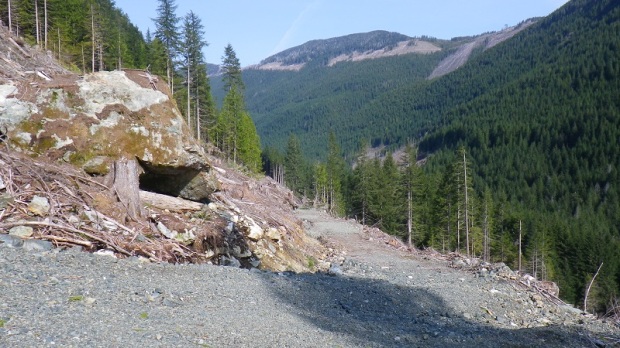 Since this is in the middle of the Port Alberni watershed- our drinking water source- its very disturbing to see the abundace of carlessly discarded industrial waste such as oily rags, and many oil spill spots, including the pic below which is actively flowing into a stream tributary of China Creek high above the water intake.  Since this area is now deactivated the quantity of the spill must have been very significant. 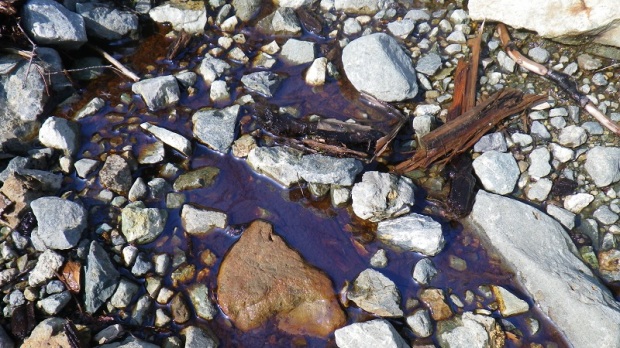 After I exhausted all of the south roads I crossed back to the north side of the river and headed up until the road became a trail. 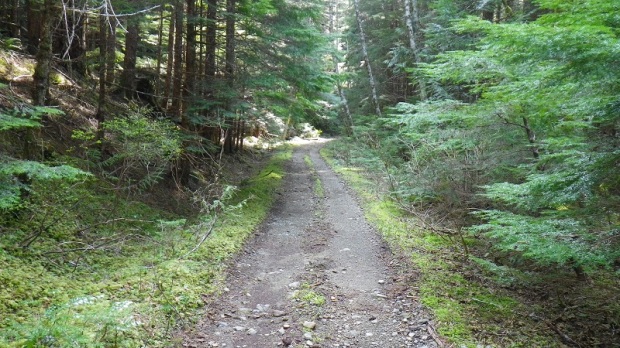 The quadding community uses this trail the most and so their use keeps the trail open.

The first sight out of the trails.

After about an hour and half of running up the north side of the river -stream up here- I burst into an amazingly open basin, ringed on three sides by steep mountains, and two waterfalls into the valley.

A bunch of quads passed me going up the trail, and when I got into the middle of the open area they were taking a break.  They even gave me a beer!

I headed up to one of the waterfalls.

Heading up to the waterfall, the rock face I was climbing became much steeper than I had anticipated.  With a beer in one hand and two rocks with great pyrite samples in the other, I was reduced to using my lateral two fingers of each hand to climb the rock.  As the rock face became too steep to descend and unburdened by my spouse there to comment, I pressed on, eventually ascending to the waterfall base for my beer break!

View from above.  You can see the quads in the greener grass area.

As my new best buds cheered me on from far below, I had an awesome beer break from the top of the world!

This entry was posted on April 23, 2015, 10:08 am and is filed under Canada, Hiking, Port Alberni, training, ultramarathon. You can follow any responses to this entry through RSS 2.0. You can leave a response, or trackback from your own site.